For the past four decades, I have been a serial traveler. I love to see other countries, cultures and to explore the ways of being of people from around the world. To that end, I have been fortunate enough to visit around 42 countries, some of them many times. I love the heat and so have mainly confined myself to climates that provide the capacity to get rid of extra layers of clothes and bask in the glory of blue skies and hot skin. I enjoy sitting in the sun…for about an hour…and then get restless for some adventure, some activity, getting out and about.

I had little to no desire to visit Vietnam. My focus was more on the Americas. And then I decided to enroll as a volunteer with VSO (Voluntary Services Overseas) and ended up in Hanoi for 2 years and continue to spend as long as possible there. I forever thank my lucky stars for that opportunity as I totally fell in love with both Hanoi and Vietnam as a whole.

So what is so special about Vietnam? Here, I want to share some thoughts and insights……

Long and relatively narrow, Vietnam has just about every time of countryside you could want. Imagine that you are dropped into the country with the rugged and  glorious mountains, the home of many of the tribes of the 54 Ethnic Minority groups of Vietnam. Each district of the Mountainous area has its own unique character and countryside, some even more spectacular than the rest. Technically if you land at the most northerly point, you are in Ha Giang district and what a treat you have to wind along the mountain roads. You can head east towards the East Sea. west towards the famous town of SaPa, even further west to Son La. Or go south towards Hanoi and, for me, the jewel of Vietnam. 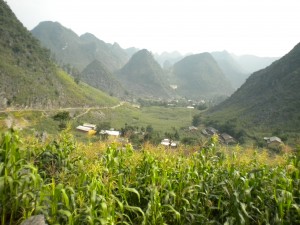 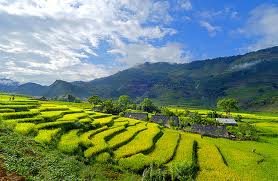 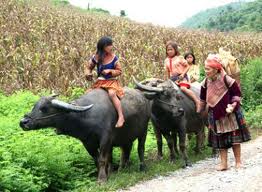 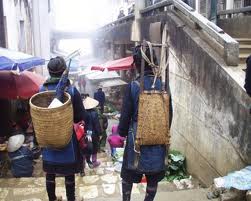 OK, I am biased, living in Hanoi for 2 years, I was able to get to know the city very well. So what can you expect to see as a visitor staying for just a few days? Hanoi is something of an assault on the senses and for a few days, you can simply sit back and enjoy it. When you get hooked, you can explore more and more during future visits! The center of Hanoi is loud (too many bikes in many narrow streets), the variety of architecture, street vendors, changes of character from one district to another all fill the vision to the level of overload. There is a strong street culture that thrives in Hanoi much as it has done for centuries. People set up cafes and mini restaurants on the pavement (sidewalk) where you can get a drink or a full meal. The smells permeate the air. In all truth, there are sometimes some less pleasant smells that permeate the air but they are the ones to  hurry past. Hanoi is also of interest and, at times, a challenge to the kinesthetic sense of touch, That street culture and those ‘too many’ bikes on narrow streets, create something of a maze of obstacles to meet, greet and deal with. You cannot be in a rush in the center Hanoi but who cares about rushing when you are on holiday! 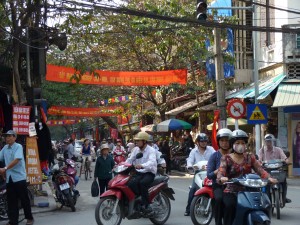 Other delights of the North of Vietnam include the famous Ha Long Bay. This has now been designated as being one of the 7 natural wonders of the world…and with good reason. The first time I went to the Bay it was at the end of January and day one saw a mist on the Bay. This all just added to the mysteriousness of this quite amazing place. After the chaos at the port, you arrive on your boat and relax while the crew take the boat out into the Bay. Its difficult to describe the impact that it made on me….I was just dumbstruck. I had seen pictures like you probably have but was not prepared for the atmosphere that is created as you sail around these magnificent mini mountains that emerge out of the sea like some sort of magical monster. Vietnamese lore does indeed describe the Karsts as being dragons that came down from heaven to save Vietnam from some ancient threat of invasion and they turned into stone to act as a protection against an invasion of the country by water. The whole experience is a total delight so much so that I went back twice more. If you have time, add in a trip to Cat Ba Island where you can enjoy a delightful old fashioned seaside town and glorious countryside. Just a few hours drive from Hanoi, this is a must for any traveler to the northern part of Vietnam. 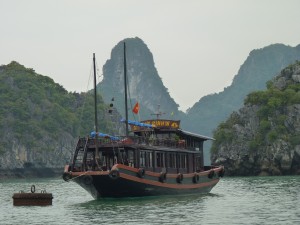 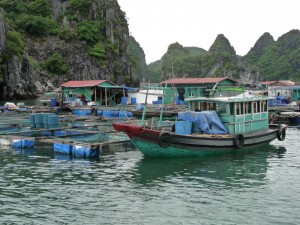 The other jewel of the area that I would add to the ‘must do’ list is Ninh Binh. This area is packed full of treasures. You can see Tam Coc, nicknamed the ‘inland H aLong Bay’…..which is sort of true but belies that fact that the river that you travel down has its own unique flavor of rocks and water. There are also some beautiful old buildings in the area, an ancient palace and many pagodas including one of my favorites in the whole of the country, built into the rock face. And if you want some fresh air and fancy visiting one of the oldest forests in Vietnam, you can to to the Cuc Phuong National Park. In my opinion, the Ninh Binh area is worthy of as long as you can afford to stay there, it has so many hidden treasures to offer the visitor. 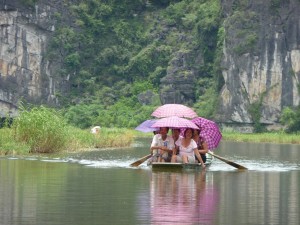 Coming back nearer to Hanoi, you have other areas of interest nearby, there are the craft villages, the Perfume Pagoda and Mai Chau, a delightful town nestling in the valley at the foot of the mountains. But I will come back to these places in more detail in further blogs.